Blackfish is a gracious BYOB owned by Chef Chip Roman. Located on Fayette Street in downtown Conshohocken, PA, the restaurant with its seafood-centric menu of modern American cuisine is the perfect showcase for Chef Roman’s inventive interpretations. Guests can enjoy a daily changing a la carte menu, as well as tasting menus ranging from five-to-seven courses.

Blackfish opened in 2006 and has since been named “Best Restaurant” in Philadelphia Magazine’s 2011 “50 Best Restaurants” issue, calling Blackfish “flat-out fantastic; sophisticated without being overbearingly avant-garde, pretty and fresh without being precious; the perfect restaurant of the moment.” It has earned a coveted “Three Bells: Excellent” review from The Philadelphia Inquirer’s food critic, Craig LaBan, who most recently named Blackfish among the area’s top five BYOBs for 2012, noting that “there’s a reason the white rooms of this contemporary storefront are perpetually filled with fine-wine-toting Main Line devotees; Chef-owner Chip Roman’s BYOB easily remains one of the most sophisticated places in the western suburbs to dine, with a focus on seafood that is both refined and inventive.”

Chef Roman is one of Philadelphia’s most exciting and talented chefs. He has worked in the city’s most prestigious kitchens and chefs including Le Bec Fin’s George Perrier and Marc Vetri’s Vetri. He first established himself though, as the proprietor of Charles Roman Catering, which he began running out of his home in 2004. As his catering business grew, Chef Roman seized the opportunity to open Blackfish in 2006 in downtown Conshohocken. The restaurant quickly earned a coveted “Three Bells: Excellent” review from the Philadelphia Inquirer. Named on a whim as Chef Roman was reading One Fish, Two Fish, Red Fish, Blue Fish to his children, the restaurant has earned tremendous critical acclaim, including being named “Best Restaurant” in Philadelphia magazine’s 2011 “50 Best Restaurants” issue. The restaurant centers on a philosophy of a progressive American cuisine with French influences while it is highly seafood-centric. The menu, which changes daily, showcases Chef Roman’s inventive, modern interpretations of classic dishes.

Chef Roman and his wife Amanda reside just outside of Philadelphia in Conshohocken with their four children. 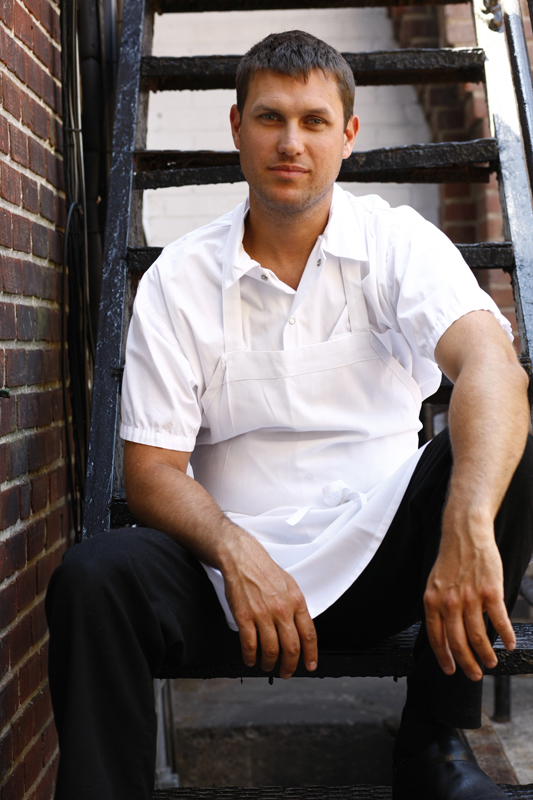